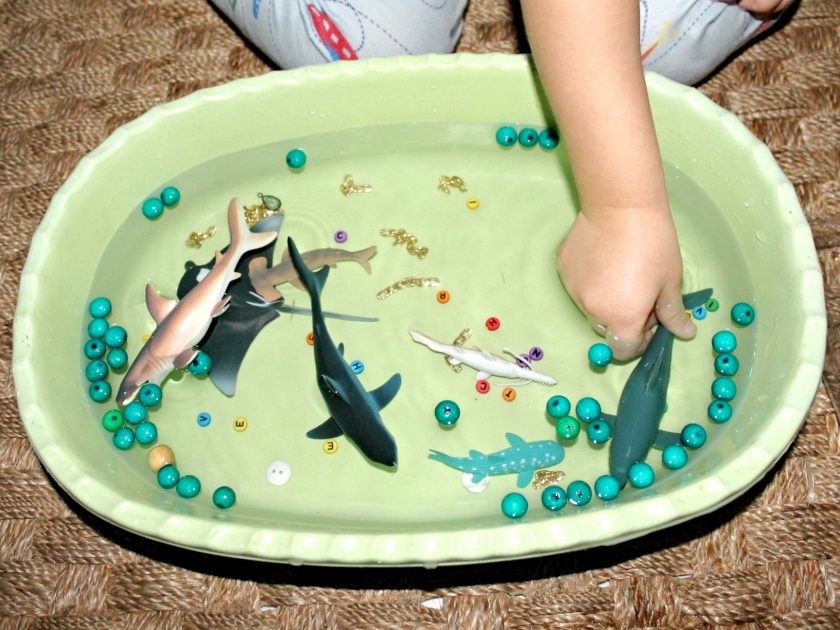 For our “science” activity, Caleb investigated the concepts of floating and sinking. 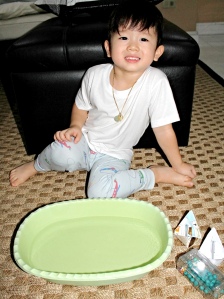 I made paper boats for him to float on the water. We used a food container and filled it halfway with water. I also provided wooden beads to help him sink the boats. I let him put the beads onto the boat one-by-one. So he would understand that with more beads, the boat would get heavier. 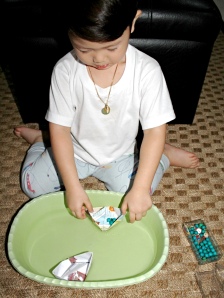 It didn’t take long for Caleb to sink the boats. Here, he checked to see if the little tube of shaving cream could float. 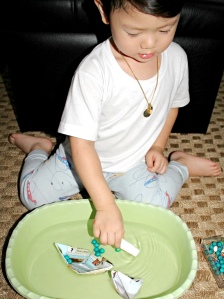 Caleb’s forced smile for the camera.
We tried floating the plastic cups and filling them with beads (Extra comment: I love these recycled cups. There are so many ways to reuse them!)
After some time, he wanted to put his sharks into the water. What a fantastic idea! I let him put the sharks in the water one-by-one to see which ones would float and which would sink. 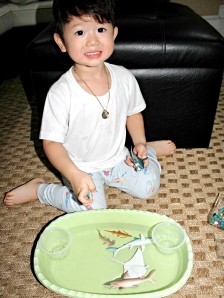 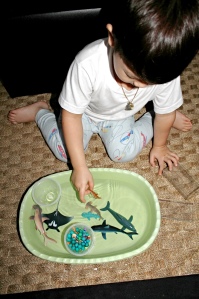 Caleb: The Great White Shark is toooooo heavy! (He is very interested in sharks at the moment. Which is why he wanted to float/sink them) 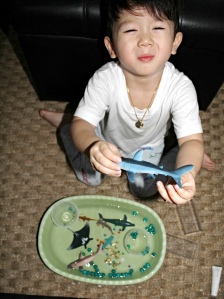 Caleb checked the hammerhead shark to see what made it float. Among all the sharks, it was the only one that floated. 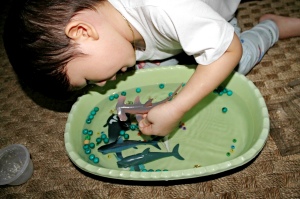 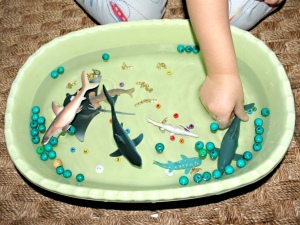 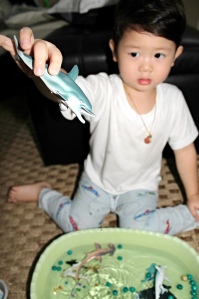 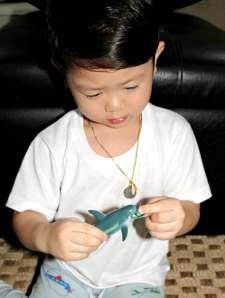 We tried to float/sink other things. Caleb tested the plastic iPod case for buoyancy. 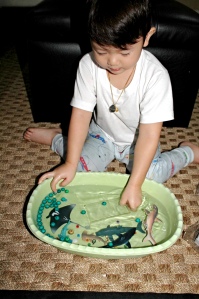 After some time, he started playing with the water and the beads. Scooping and pouring them. 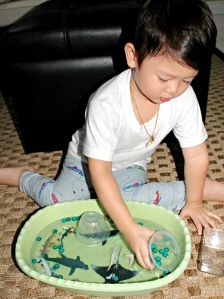 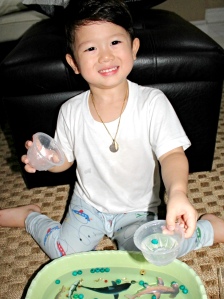 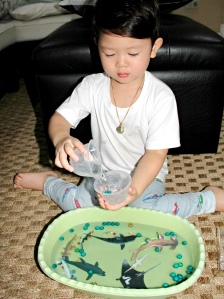 He pretended that he was making soup and would force me to “drink” it. 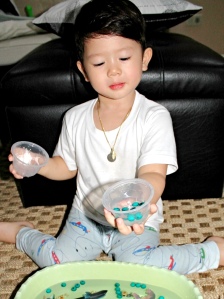 He did this activity for such a long time–around 30-45 minutes! From investigation of floating and sinking, it evolved into playing with sharks in the water, scooping, and pouring. He didn’t want to stop playing but it was time for dinner. So he fished out the beads, and we packed away together. 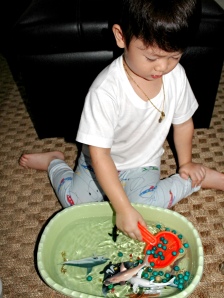 UPDATE:
Caleb received robot fish and fish bowl for his birthday from his uncle. Here he is feeding the robot fish to the sharks. Hahaha 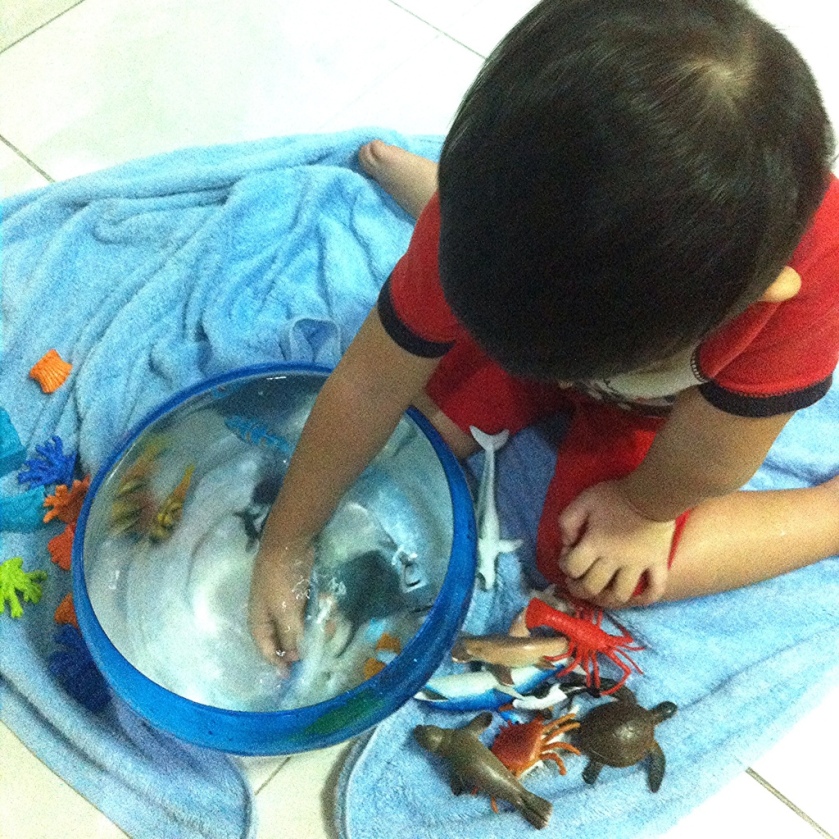